Our nutritionist, Zirsha Wharemate, shares her experience and knowledge around taewa, a traditional staple kai crop for Māori, and her successes in the maara this season.

I can’t think of many things that are better than freshly dug new potatoes out of your own garden, slightly roasted with a bit of extra butter on the side. What makes them even better is the pride that my sister and I felt, having grown these purple gems of cultural significance from seed tubers ourselves.

Taewa (or parareka, peruperu, rīwai in other Iwi) is one of the primary names used by some Iwi when referring to Māori potatoes. Despite common assumptions, Māori potatoes are not kūmara (Ipomoea batatas or sweet potato) but belong to a totally different plant whakapapa, Solanum tuberosum.

Like the common “European” potato, the two major subspecies of taewa originated from South America – but how taewa arrived in Aotearoa is up for debate. Whatever the means of arrival, our early tīpuna were quick to recognise and develop their potential as a food crop that could be grown, stored, eaten or marketed to help support the Iwi. Thanks to the continued efforts of heritage growers and other organisations such as Tahuri Whenua (National Māori Vegetable Growers Collective) that have collected and continue to maintain tuber seed banks, taewa are still grown throughout Aotearoa today.

Ok, enough of the history lesson… do they taste good, you ask? And how do they stack up against other potatoes?

Firstly, I will admit I may be slightly biased so I’ll leave the taste testing to you, but for those who are unfamiliar with taewa here are a few interesting facts about them.

Taewa come in a range of colours, so can add a lot of interest to a dish

Taewa don’t need to be peeled

So there you have it whānau, if you haven’t yet, I encourage you to give taewa a try. They are tasty, easy to cook, easy enough to grow (because if I can, then surely you can) and if you hold on to a supply of good seed tubers each harvest, you can keep growing them year after year.

Not sure where to get some?

Roskruge, N. (2007). Hokia ki te whenua: a thesis presented in partial fulfilment of the requirements for the degree of Doctor of Philosophy in Soil Science at Massey University, Palmerston North, New Zealand.

Wharemate, Z.R. (2015). Investigations into the Nutritional and Sensory Potential of Taewa (Māori Potatoes): a thesis presented in partial fulfilment of the requirements for the degree of Doctor of Philosophy in Nutritional Science at Massey University, Palmerston North, New Zealand. 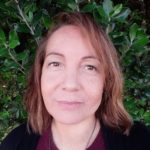 Zirsha Wharemate has a Masters and a PhD in Nutritional Science from Massey University (2016). Her PhD looked at Investigations into the Nutritional and Sensory Potential of Taewa (Māori Potatoes).