Posted at 22:17h in Growing the Puna, Rangahau by Kurt Grayson

My project investigated different approaches to Wai Māori in order to look after its mauri, and in turn, to look after us as people.

Our waterways have been classed as a clean green delusion by Mike Joy (a freshwater ecologist). This is due to intensive farming, population growth, tree felling, other industrial practices, and pathogens. In addition, Aotearoa has the lowest environmental standards in the OECD; for example, the toxic nitrogen limit in NZ sits at 6.9mg but this is not the harmful limit which occurs before that. Shifting baselines is another term which describes the changing of acceptable levels of pollution over generations, and this adds to the pollution.

Eutrophication has a harmful effect on water and refers to excess nutrients in a body of water which causes a dense growth of plant life. This is caused by fertiliser rich in nitrate and phosphorous which runs from farms into streams. This in turn causes a decrease in oxygen as plants utilise it for energy. Now this is important to think about because fish also need oxygen for respiration so decreasing saturated oxygen levels can be extremely harmful to aquatic life.

Whakapapa plays an important role in the upkeep of our water bodies. Rocks and stones [coming from Parawhenuamea and Putoto] provide the habitat for aquatic life, therefore, when sediment forms above rocks and stones species must migrate. This in turn directly relates to the mauri of wai. Without dwelling for freshwater species the life sustaining force in these waters is compromised. Hence, a change in ecosystems from pollution affects mauri drastically.

Furthermore, Matariki must be considered, in particular; Waitī and Waitā. Waitī is the freshwater embodiment whereas Waitā is the saltwater environment, this can also be observed in the constellation where Waitī flows into Waitā which is located below it. Therefore, most of my research was based around freshwater because of the natural flow that occurs from the awa to the moana. Hence by looking after the freshwater bodies we can minimise the pollution that is occurring on our shorelines.

The Kahui Wai Māori group is a group which was established to aid analysis of freshwater policy. They proposed the Te Mana o te Wai framework which aims to restore the health of wai, and embodies obligation, principles, and leadership into one ‘systems-based’ approach. However, following the implementation of this policy, in the eastern Bay of Plenty, the high court ruled against an appeal from tangata whenua (Ngāti Awa) to discontinue the extraction of 1.1b litres of water from the Otakiri aquifer even though this goes against the principles of Te Mana o te Wai detailed in the national policy statement of freshwater. This holds massive implications on the kaitiaki relationship as well as the mauri of wai.

The Million Meters Stream Project looks at replanting riverbanks. This is because vegetation acts as a filter for runoff from farms so there will be less fertiliser, leading to decreased eutrophication (so O2 levels will increase). In addition, aquatic life will no longer have to battle with the high toxic load from these fertilisers.

Another organisation which is helping is Te Arawa Lakes Trust which acts as kaitiaki for Rotorua lakes and has been noted to be improving three of the lakes; Rotorua, Rotoiti, and Rotoehu. This is mainly done by phosphorus locking which decreases the effect of phosphorus on eutrophication, so increasing O2 level and decreasing the toxic effect species. Te Arawa Lakes Trust also has a strategy to decrease the use of harmful fertilisers with a $40m fund to buy back these fertilisers from farmers.

Debbie’s work was based on how to implement better drinking habits within rangatahi. The first thing to think about is is there a policy in place? The current policy is one fountain for every 60 students. At Hoani Waititi they didn’t meet this policy and in addition some of the fountains were out of order, so students would go to the closest dairy and buy the cheapest drink (which was fizzy). Therefore, there was a need to supply the kura with the infrastructure needed to nourish rangatahi. To do this she challenged students to create a whakapapa of all the fountains (including the new ones put in). This involved whanau, rangatahi, whakapapa, atua, wai, and mauri. The idea was that the nourishment wai Māori gives isn’t just coming from a drinking fountain but the tīpuna and atua. And from this a lasting approach to wai was implemented, so that even when she left the healthy practice continues.

The idea of Fizz Free Whanau was to decrease the rise in chronic diseases amongst Māori. So the different states of water are important to consider as all have different implications of mauri. When comparing wai Māori (fresh, drinkable water) with wai kino (polluted water) there are obvious differences in states of mauri. One is conducive to the health and wellbeing of a person, whereas the other has mauri which has been corrupted and is therefore unsafe for consumption. Inu mirumiru (fizzy drink) has also been shown to be unhealthy and hence the mauri is somewhat corrupted, so,  “He wai reka o te wai Māori”. There is a need normalise water as a good, tasty drink to maintain a state of health and wellbeing.

A hikoi in Huia kick started my journey of discovering what mauri is. I believe it is important to live in and surround yourself by the kaupapa you want to learn and cognise. So, on this hikoi we learnt about mauri. Not only is it the force which sustains life, but a connection between wairua and the physical body. And since this topic was about te mauri o te wai then how does water play a role here? Ko wai au? From whose waters do you belong? There is a greater whakapapa that embodies atua and tipuna where water is concerned. Therefore, a spiritual aspect can also be connected to water by mauri.

Our haerenga to Rotorua opened a few pathways of thought; from a traditional way of living to certain practices. Mana whenua is one such idea which gave me a greater understanding of mātauranga Māori. During this trip we visited Okere falls, which was once a hydroelectric power station, however in 1936 it closed due to mana whenua invoked by Te Arawa Iwi. This restored the natural beauty of the falls, reintroducing mauri to the water body. Now it boasts the highest commercial waterfall for white water rafting in Aotearoa. This exemplifies how simple traditional cultural practices can create a positive impact on the region and country.

Another great learning point of this trip was centred around maramataka. At night we planned rama koura, however in hindsight we discovered this wasn’t a great time for fishing. This is because we were not in the prime Tangaroa and Tamatea phases. Hence, our great catch was limited to e rua ngā koura. However, this wasn’t a loss as we gained insight that the phases of the moon and that moonlight emitted is very important for fishing. This solidified my understanding that it is important to be active in the application of te ao Māori teachings; to help, nurture and encourage the flow of life. Hence, my implementation of maramataka in everyday life has been greatly enhanced from this experience. 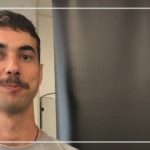 This article was written by Kurt Grayson. Having just completed a Bachelor of Nutrition with the University of Auckland, Kurt was a member of Toi Tangata’s Growing The Puna Internship programme for 2020-2021.

This author does not have any more posts.