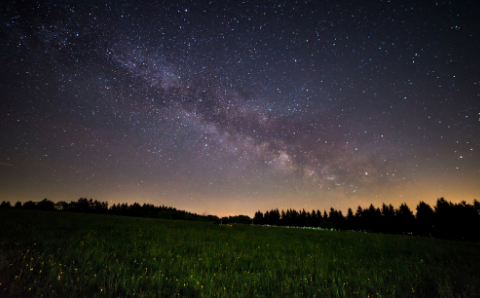 Posted at 12:32h in News by admin-toitangata

With the days getting shorter and the temperatures cooling down, we are now well and truly in the grasp of Ngahuru. Let’s take a quick look back to the times of our tupuna and learn a little about the season of Ngahuru.

Traditionally, the word ngahuru means ten, hence its use to denote the tenth month in the maramataka Māori. However, it is also used in the wider sense of Autumn. Ngahuru is the crop-lifting season, it was the time when food was plentiful, hence it was called the Ngahuru-kai-paenga, Ngahuru-kai-paeke, and Ngahuru-tikotiko-iere.

Poutū-te-rangi is the tenth lunar month of the Māori year and equivalent to the month of March. Poutū-te-rangi, which is also known as the star Altair, is the brightest star in the constellation of Aquila.

As per maramataka Māori, Poutū-te-rangi (March) signals the first month of the new season, Ngahuru and is also known as the harvest season. The rising of this star indicates the ripening of crops, telling us that it is time to harvest and store for the winter months ahead. Our tūpuna would store kai in preparation for the colder months. The pātaka (cupboards and storehouses) would be full of food for everyone to last them through the next few months. In current times,  we see the preserving of pears, peaches, jams and pickles and also the use of neighbourhood pātaka kai.

Poutū-te-rangi is in the sixth phase of summer (Matiti Rautapata) as the heat cools down. Matiti Rautapata can be quickly identified in the bush as seed pods burst and fall (tapata) onto the dry leaf bed below.

The tohu this month are the tuna (eel). This is when they start to migrate to the sea.

Paengawhāwhā is the eleventh lunar month of the Māori year, approximately equivalent to April. It is also the name of Pegasus, whose appearance heralds the start of the month. Some iwi say Kaipō or Whetūkaupō is the star heralding the start of this month. Similar to the prior month, Paengawhāwhā is a time for preserving kai.

Paengawhāwhā appears with another star known as Kaipō or Whetūkaupō (the Deneb star). Whetūkaupō/Deneb is one of the brightest stars in the Milky Way. Depending on where you are in Aotearoa, you could use the star that is visible from your region as the tohu (marker) for the start of this period.

This is the final phase of summer, known as ‘Matiti Rauangina’. This is the harvest phase when temperatures cool and can be identified by taking notice of the leaves swinging to and fro as they fall from the trees. This rhythmic dance is call ‘te angina’– free fall. Hence the name of this phase ‘Matiti Rauangina’.

Haratua is the twelfth lunar month of the Māori year, approximately equivalent to May.Crops are stored in pits. Now it is time to rest. Haratua is the time for storing harvested crops. Preparations continue for the coming winter.

With winter is on its way, there are two main things to do in the maara kai: clean up the last of the summer and autumn crops and plant some new winter veges including brassicas such as cabbage, broccoli and cauliflower, leafy greens such as silverbeet, spinach and kale, and herbs like parsley.

If you have space for fruit trees, now is a good time to plant your citrus trees such as lemons, oranges and mandarins.

May is also a good month to get bulbs in the ground, so give some garlic a go!

Tip: it is good to plant on the full moon, the next of which is the 19th of May.