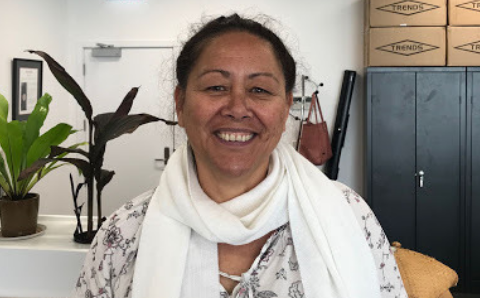 Sande’s nutrition hīkoi began in the early 1990’s during the completion of her Naturopathic and Medical Herbalism Diploma with South Pacific College, and AUT Nursing Pathophysiology Level 1 & 2.  With the blessings of kaumatua and kuia from Hoani Waititi Marae, she achieved her thesis, titled Māori Nutrition. Te Whanau o Waipareira learned about her mahi and offered Sande the opportunity to develop a four module kai/nutrition programme for West Auckland whānau, which received AUT accreditation.

In early 2000, Te Whanau o Waipareira stopped delivering the programme and Pacific Heart Beat based at the Heart Foundation modified it, transforming it to a Pacific peoples training programme.

She has an extensive work history in the kaupapa of nutrition including working with Te Kotuku Kohanga Reo in Te Atatu, assisting ringawera with nutritious, affordable and sustainable gardens and enjoyable kai choices for tamariki and their whanau.She has also worked alongside the Auckland City Mission developing sustainable gardens.

We are very excited to have her on board and look forward to working with her as part of the Toi Tangata whanau!