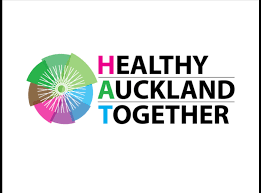 Healthy Auckland Together (HAT) has laid a formal complaint with the Advertising Standards Authority (ASA) about Frucor’s Pepsi Max All Blacks Emoji campaign. Read their media release below.

The Advertising Standards Authority’s (ASA) new children’s code has come up short in its first test.

Healthy Auckland Together laid a formal complaint about Frucor’s Pepsi Max All Blacks emoji campaign. The coalition of health and non-health agencies believes the fizzy drink is an ‘occasional product’ and therefore should not be targeted at children and young people.

Spokesperson for the coalition, Dr Michael Hale, says artificially sweetened beverages are defined as ‘occasional’ drinks as they maintain a taste for sweet beverages and food, making fruit and vegetables taste less appealing.

The advertising code was reviewed last year to reduce harm to children and young people from the promotion of unhealthy food and drinks, as part of the government’s national obesity programme.

Despite this, Pepsi’s marketing used cute emoji caricatures of the All Blacks to encourage children to collect fizzy drink cans over a short time, Dr Hale says.

The limited edition product was promoted through Facebook, gaming, and on bus shelters, with at least one near a number of schools.

The Complaints Board settled the complaint, instead of upholding it, because Frucor voluntarily removed the ad from bus shelters.

“Frucor avoided a slap on the hand from the ASA by taking down its ads just as the campaign was winding up, after six weeks of exposure,” says Dr Hale.

Dr Hale is pleased that the ASA recognised that Pepsi Max is appealing to young people and that children are attracted to this sort of promotion using national sports heroes and cartoonish illustrations.

The ASA states if industry is selling an occasional food or beverage, if the product will appeal to children, if the presentation will be attractive to children, and if it is placed where children see it, then the ad is not permitted under the code. The advertiser did all of these things, yet managed to ‘settle’ the complaint, he says.

“It is disappointing that in the first test of the code the Board did not make a definitive decision, letting Frucor off the hook. Healthy Auckland Together is concerned that this gives the green light to other advertisers to use similar marketing tactics to appeal to children.

“The code states that marketers should honour the spirit and the letter of the code. We would like industry to work with us to reduce the harm from marketing of occasional food and drink to children.

“The challenge of collecting a full range of fizzy drink cans with different emojis in a short time is obviously an activity for children and teenagers. For Frucor to suggest otherwise, or that purchasers won’t necessarily drink the contents of the cans is not believable,” Dr Hale says.