20 May Until our next adventure, Hariata

Posted at 00:59h in News by admin-toitangata 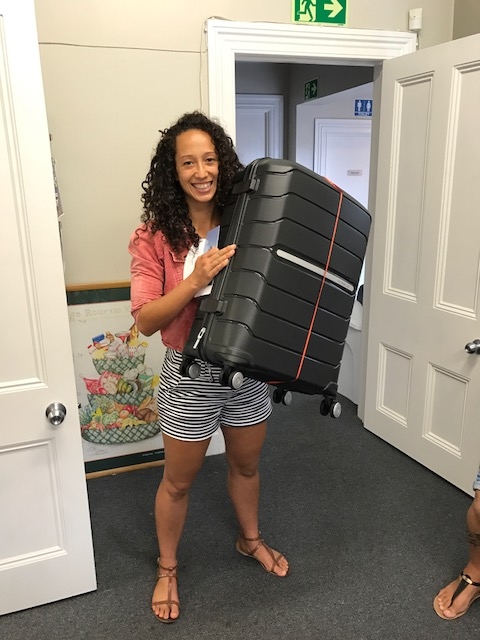 When I first met Hariata the first thing that struck me (and if you’ve ever seen Hariata you’ll know what I’m about to say) was her hair. Big hair, big personality. I then learned quickly that if you’re around Hariata, be prepared for moments of spontaneity; when the moment strikes her, she’ll sing and dance no matter where she is or who’s around. Sometimes, it’s best to stand a little to the side so you don’t get in the way of her groove.

Hariata joined the Toi Tangata whānau in 2013 as one of Toi Tangata’s very first ‘Growing the Puna’ Summer Interns beginning her journey in Māori health at Auckland University of Technology. By 2014, she became a staff member and since then, has starred in the cooking show Mātika, worked alongside Jessica Meads in delivering the workforce development course Toi Poto, and lead the Toi Ako webinars and wānanga of 2016/17. Hariata’s knowledge of physical activity kept us limber and her skill with Te Reo Māori meant there was never a misplaced tohuto when she was around.

I’m going to be honest here and say, life is not always easy knowing Hariata. In the first month of knowing her I found myself running around a park in Grey Lynn with a stuffed rubbish bag made to look like a body, and twirling sticks around in the air much to the amusement of Ponsonby passerbys. Even my lunchtimes were never safe: sprint practice in the park, training like gladiators at Ludus Magnus, and kickboxing sessions. “It’ll be fun”, she says. Sometimes, I just stood back and watched. I saw her run up hills with sticks weighted down with rocks, picking up really, really, heavy rocks, climbing mountains because “why not?”, and always, always, running and biking at a pace faster than my own.

Hariata has a big mind and a ferocious appetite to be the best that she can be. If you hang around her too long she’ll engage you in a conversation that usually ends up with you pondering the meaning of life. I’ve only been at Toi Tangata for a year and a half and during that time, I saw Hariata graduate twice (yes, twice!) which is testament to her fierce determination. I was lucky enough to see this determination firsthand when I watched her karanga barefoot at Pehiaweri Marae – no small feat when the ground is full of prickles. While we all put our shoes back on, Hariata went on fearlessly as if the ground were carpeted; her karanga was strong, and there was not one misplaced waver in her cry. A hero in my eyes.

Even though Hariata is on the other side of the world starting a new chapter abroad, we find ourselves confronted daily by her missing presence. Her knowledge, skill, and the place she filled in the team with her personality is missed. Thank you Hariata for your friendship. I’ll see you in another place on a new adventure.