Posted at 00:57h in News by admin-toitangata

Ora began here at Toi Tangata in 2015 as the whānau navigator for the Bariatric Service project, He Awatea Hou. In this role, she excelled, making her various clients feel comfortable during an often difficult time of their lives. Ora is an empathetic soul with that special ability of being able to put herself in others’ shoes. I think it is for this reason that she not only became a whānau navigator, but did it so well.

When Ora Hohaia arrives in the office, you know she has arrived. She’d make her presence known with a big exhalation, and a loud, “mōrena, koutou,” before starting her mahi for the day. Not a day went by when she didn’t break out into waiata. If you know Ora, you know she has a voice like an angel.

Spend enough time with Ora and you’ll find out that her Toi Tangata tights are a wardrobe essential. The multiple ways Ora wore her tights was truly inspiring. If you think there’s only one way to wear tights, you are mistaken. I’ve seen her workout in them, throw a nice shirt over top of them for the office, and dress them up for a fancy dinner. I can’t think of one occasion where Ora hasn’t been able to make them fit in.

Ora also had some mad biking skills. Even though Ora lived the furthest away from the office in Takanini, that didn’t deter her from biking in. If she ever invites you to go on a bike ride with her, think twice about it as Ora is a bit of a daredevil with a need for speed. We once went to Rotorua together to ride the Redwoods trails: she was in her element. While I focussed on staying on my bike, Ora raced ahead, whooping and cheering. When I finally got to the end, she turned around and said, “that took you a little while, didn’t it?” Always supportive, Ora. 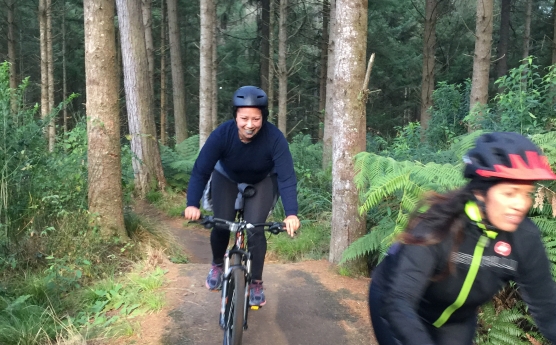 Most of all, I appreciate Ora for her ability to make people feel at ease. Having a chat with Ora over coffee is always open and insightful, and the way she views the world makes you look at things in a different light.

Ora, we’ll miss your warm presence and spirit. The Toi Tangata office just won’t be the same without you.