Posted at 20:33h in News by admin-toitangata 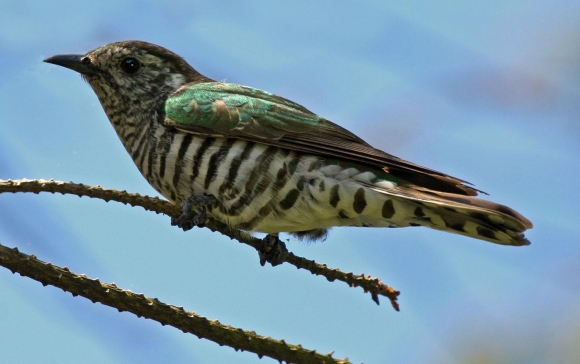 You may have noticed lately that the morning light has been radiating through the bedroom blinds at about six in the morning. And though the tail of winter sometimes gives us a friendly reminder that Hine-Takurua has not yet relinquished her grasp, the inevitability of it all is that spring has arrived and summer is on its way. The word for spring in Māori is kōanga, a derivative of the word ‘kō’: an ancient gardening tool used to prepare and seed our māra kai. Traditionally, spring represented back-breaking work: preparing the garden, making the ground free of weeds, and breaking up the soil. Hardworking and industrious individuals were referred to as ‘ihu oneone’, or ‘soiled nose’, a product of one’s intensive labour. An extremely hard working day was referred to as ‘he rā whawhati kō,’ or a day that caused one’s digging stick to snap.

These days, spring means different things to different people. Many of us may be thinking about preparing a garden. It is also a time that many of us start thinking about becoming more active – and why not? The extra daylight means you can exercise at the crack of dawn before work or utilise the longer hours after work. Only the hardcore among us exercise in the cold rain, but the warmer climate allows us less hardier individuals to get amongst it. And let’s also address the elephant in the room. The hot sunny days mean swimming and swimming means being semi-naked. For some people this is the spark required to drag themselves to the gym or go for a run.

From a sports science perspective, this is not such a silly idea. In sports there is a concept known as periodisation where the kinds of training and the intensity of training is varied depending on the sport and sporting goals. Rugby or netball are seasonal so periods are broken into off-season, early pre-season, pre-season and in-season. These periods will inform your training. Off-season is gentler and more about recovery, but as you progress to pre-season, the intensity and volume of training slowly increases so by the time the season begins proper, you should be close to peak conditioning. During the season, training is tapered to reflect the punishment of game time.  Similarly, for many of our Olympians, they would have gone through a four-year cycle developed to peak at the Olympics, with annual cycles to peak at the yearly world championships.

If you look at two of the coldest months of the Māori maramataka (calendar), the names ‘piripi’ (meaning huddled close together) and ‘hōngoingoi’ (meaning being inactive and crouching due to the cold) would suggest there’s not a lot of activity going on either. The hard work of storing kai took place in ngahuru (autumn) and the hard work of preparing food occurs in the spring. Some sources say that summer was the season for combat, which the whakataukī  ‘Rehua kai tangata,’ (Rehua, consumer of men) alludes to. So one could conclude that seasons are an ancient form of periodisation but rather than the season being determined by the activity (for example what is seen in sport), the activities are guided by the seasons. This is the natural state of affairs which we see in nature all the time. For example, ka kuī te pīpīwharauroa. When the tuna heke. When ka tangi te tītī, when the kowhai pūāwai. When the kina are momona and when the kūmara ka maoa. Surely, if nature is guided by cycles, then this is a good indication that seasons should guide us as well.

Nā reira e te iwi, if you have just finished your winter sports, recover and repair but do not rest for too long. If you are about to begin your summer sport hopefully you have done the hard yards already. However, if you have been inactive and have been sojourning in the state of pipiri and hōngoingoi over winter, it is now time to stir, to appear from your winter’s den,  and do as nature intended and rise up!  Make the most of the warmer months. Utilise the morning light, exploit the evening sun, get out and get busy. Spend time with friends and walk, jog or run. Play, compete and amuse yourself. Join a gym or make use of your dormant membership. Eat, laugh and be merry. The shining cuckoo has called. Kūī! Kūī!, She tells us once again that it is time to raise the kō! Today the kō may be a different instrument, but the game remains the same.