31 Aug To Breakfast or not to breakfast: that is the question

Posted at 20:46h in News by admin-toitangata 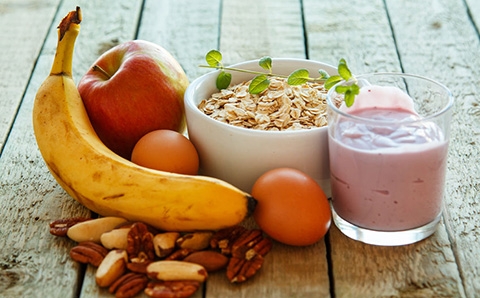 This is a question that I am often confronted with. Breakfast is often touted as being the most important meal of the day and many experts in the area of nutrition react in a way that the sky may indeed cave in if one should skip their breakfast.  Those of us who have traditionally skipped breakfast are then encouraged to force feed ourselves every morning in order to ward off the impending disaster. Research shows that traditional Māori were not big breakfast eaters. Village life required that most adults would perform their morning chores and  the first meal was had somewhere around midday. Those who were seen eating before this time were often calledKākāriki kai ata, or a parrot that eats in the morning. This was not meant as a compliment. So what does the science say?

There are many studies that show people who regularly eat breakfast have lower body fat percentages than people who do not eat breakfast (not all studies show this association).  The theory is that if people skip their breakfast, when it is eventually time to have the first meal of the day, the body is raging with hunger  and influences the ‘hangry’ individual to choose larger, energy dense, fatty or sugary meals.

In one study, patients were put into two groups: a breakfast group and a non-breakfast group. All of the patients were connected to a device that measured brain activity. The group who had recently eaten breakfast were shown a number of images of food, both healthy and unhealthy options.  The breakfast group’s brains only showed moderate activity when shown the images and there was very little difference in activity when shown both healthy and unhealthy foods.  In contrast, for those who had not eaten breakfast there was a dramatic difference.  When this group were shown unhealthy, sugary or fatty foods, there was major brain activity which demonstrated that when we are hungry, we crave unhealthy foods. The message we can read from this is that by eating breakfast, we inhibit major hunger signals which ends up reducing the likelihood of craving and consequently eating unhealthy foods.

For children, skipping breakfasts have much greater consequences.  Like adults, children will replace a breakfast with unhealthy food.  They are less likely to bring to school a homemade lunch, more likely to consume a lot of sugar and less likely to eat any fruit or vegetables.  Not only that, children who do not regularly eat breakfasts don’t tend to do as well at school when compared with those who do.

There is a great body of evidence that demonstrates eating breakfast regularly is beneficial.  However, if you are not a breakfast eater, is it the end of the world?  There are many healthy people who, for whatever reason, do not eat breakfast. Some people are unable to stomach food first thing in the morning. However, if you are one of these people who do not eat until smoko or midday, ensure you have a game plan.  What foods are you going to eat before you break your fast?  If you do not bring food with you to work, then you will be forced to purchase foods and 90% of reasonably priced food priced is unhealthy but because you are hungry, it is more likely you will overindulge.  As a rule, you should bring your own food to work.  Most of the severely overweight people I have worked with skipped breakfast, had their first meal at lunchtime and continued to graze until bedtime. Breakfast is a technique to buffer your hunger signals throughout the day.  If you do find that you are often hungry before lunchtime even though you had breakfast, try getting some protein in your breakfast, such as eggs, baked beans, low sugar yoghurt, nuts, (bacon occasionally) or cheese.

Breakfast is a personal choice, however, my only exception would apply to children.  Children should always be supplied with a healthy breakfast every morning. Porridge and milk need only cost 30-40 cents, 1-2 pieces of toast even less.  When children become teenagers, they may not want breakfast; parents should insist that they do, but is not worth going into battle over every morning.  If you are a non-breakfast eater, you need to assess your eating.  Is your eating under control?  Do you tend to overindulge? If you are the latter, it’s time to take control of your health and begin either fitting in breakfast, or ensuring that healthy foods are available when you have your first meal of the day.