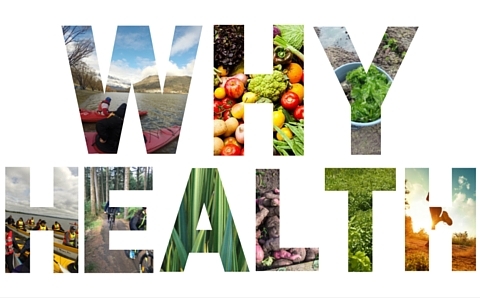 Health was extremely important to te iwi Māori and indeed the whole Pacific. Where is the proof? It is ingrained in our tikanga and language. When we greet one another we say “kia ora”. Most people think this word means hello, but its connotations are far more profound. This greeting literally means “be well”. In the pacific there are various dialectal differences, ola, orana, bula, but all have the same significance. Live well, be well, be healthy.

So why was health so important? Māori were a collective people with the most important political structure being the village and in a village situation, health was one’s greatest asset. A state of good health allowed an individual to add value to the collective. In other words, your health allowed you to contribute to the enhancement of your people.

The following excerpt is from Hohepa Te Rake, a tohunga of the Te Arawa Confederation, in the 1920’s:

“The maintenance of physical fitness was recognised as a personal and national obligation. It was also part of the sacred duty of every single member of the community to maintain the body in perfect health. Physically fit men were rewarded by the permission to marry and become fathers; those who were unfit were penalised by being refused the honour of parenthood and had no chance of finding a woman who would marry them. Physical fitness was thus an honourable thing; ill-health was a disgrace and physical unfitness a disqualification”.

Fast forward to today and what has changed? Where is that collective mindset with the belief that if I am not adding to my community, then I am weakening it? Its roots can be found in the policy driven shift from collective titles to singular titles in land. This was accelerated by the introduction of foods such as rīwai (potatoes) that only required a nuclear family to procure rather than harnessing the collective strength of the village, as is the case with kumara or āruhe. This was then reinforced through a purposeful policy that transformed te iwi Māori from a rural communal people to an urban disconnected people.

We have observed whole communities who are by traditional definitions, unwell.  Go for a stroll in our poorer communities during the day when kids are at school and most people are working. It reveals a large proportion of a non-working adult population who are unwell. Entrenched in tobacco, riddled with diabetes, afflicted with gout, lacking in vitality and the inability to walk with efficiency.

We need to strengthen communities that give whānau the inspiration, motivation and obligation to want to contribute to something greater than themselves. It has always been the community, the collective approach to health which for thousands of years has served the people of the Pacific and is the ‘secret sauce’ to putting the “kia” back in to “ora” once again.  Noho ora mai.